I wanted to take a quick minute to write up a shout-out to Jose M Portilla, the teacher on Udemy.com whose classes got me interested in the nuts and bolts of data science. I've actually gone along taking many of his courses over the course of a year as their subject matter fit what was needed in terms of computer skills for my work at Translational. From python basics and algorithms, to data science processing and data wrangling, to SQL syntax and use, and further into distributed computing and machine learning models. The first time I successfully used Pandas on a small data subset of single nucleotide polymorphisms (SNPs) to handle missing values was pretty cool, and my understanding of machine learning from his courses guided the way for me to use support vector machines for recursive feature elimination on high-feature-dimensionality SNP datasets.

Moving from being a project domain specialist helping programmers to a programmer working as a project domain specialist has been great for my career and is one of the deciding factors for me deciding to pursue further formal education in Computer Science. I often revisit his courses for reference and continue to sign up for and take new courses as he makes them available. As of this post I am taking his course on Scala and Spark for Big Data and Machine Learning even as I prepare to take my first semester of CS classes at CU Boulder, and I'm eye balling his new Flask class next.

I can't wait to see what he comes out with in future.
Thanks, Jose! 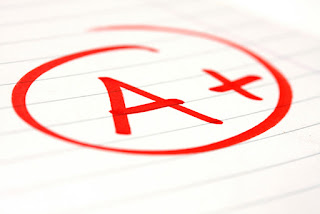 SEMESTER WRAPPING Fall of 2018 has been a ride! But I am not yet in the clear. Final exams and projects due within the next two weeks and I am looking to finish strong. Working with C++ again has been a pleasure, and Discrete Mathematics turn to intersecting graph and set theories has been eye opening and amazing. My classmates are wonderful, and my instructor Beth and her assistant Kaunil are equally skilled and knowledgable. I could not have asked for a better first semester experience at CU Boulder and I am looking forward to next semester's classes in my Data Structures class and Algorithms class while exploring any and all opportunities to build cool stuff, pen consequential papers, and meet the best people in technology, past, present, and future! See you after finals! FAILURE TO LAUNCH The startup failed to launch. Despite our team having what I imagine was a solid proof of concept on the verge of bringing together a working, real minimum viable product to take in f

Week 3 saw lectures, reading and exercises in number proofs using counterposition and contradiction in Discrete Structures as well as an overview of the concept of debugging and loops in Computing 1. DS was time consuming and thought provoking, while C1 was easy peasy. The concepts in DS are starting to come together in a computer science sense, and as such I’m finding the exercises very interesting. As a side project I wrote a python program that uses Google's Speech Recognition API to loop through segments of any audio file to extract words to a text file including functionality to restart the process at the correct location in case of network failure. The idea is later to apply some sort of sentiment or recommender analysis to determine subject matter and tone of conversation. It's a good idea, but unfortunately the speech recognition API runs at natural speed. There may be a way to accelerate it, but that will have to be something to consider adding in a future release